History of the Band

The earliest information we have about the Fauquier Community Band is from an article in the Fredericksburg Freelance Star, December 11, 1986, which announces the annual Christmas concert.  At that time the band was conducted by Mr. Richard Griffith, who has been a band director in Fauquier County Public Schools for many years. 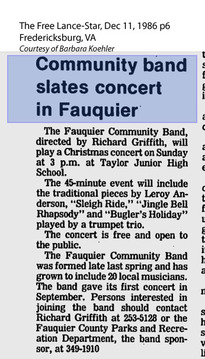 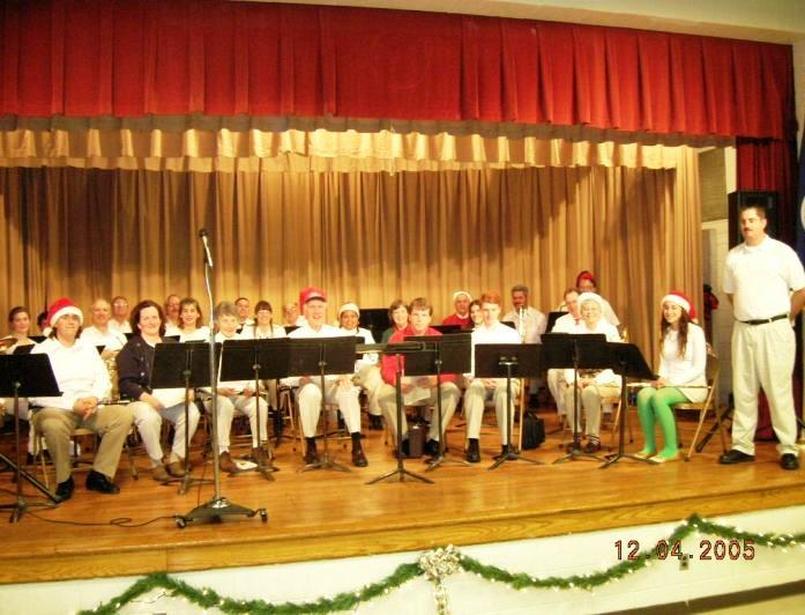